Carole Leah, the main writer of all the books. She has had considerable experience teaching remedial reading to 7-13 year olds in various schools in the West Midlands, and, prior to that, working with 4-7 year olds near Kidderminster in Hereford and Worcester. Although retired, her work with young children in particular has been very extensive both in the Midlands, London, and North-West England. Carole lives in the Wirral (Merseyside).

Hilary Reeves co-wrote Set B, books 9-16. She is from Essex and is married to another Mike and has 2 grown up sons and 2 grandchildren.

Sharon Rentta is a freelance illustrator having qualified with a Graphic Design Degree (specialising in illustrations) at John Moores University, Liverpool. She lives in Cambridge with her husband, Kai. Sharon has been the sole illustrator of the ‘The Creation Series’ (Set A).

Judith Queripel is a retired teacher. She specialised in music, and lives near Nottingham with her husband, Frank. They have three grown up children and three grand-children. Judith is the composer and compiler of the Creation CD and the Creation Songbook (of Set A).

Michelle Dalton is one of the photographers for the project. She has a Media Degree from Birmingham City University and currently lives on the Wirral (Merseyside) with her son.

Elizabeth McAsey An early years professional and trained teacher, Liz is involved with administration,writing and honing of books as well as the trialling of them with children in schools and Sunday School.

Carolyn Lewis is an Artist/Illustrator and Photographer. She graduated from Ripon and York St. John’s College, York, where she completed a combined Hons Degree in Art/Design & Technology. She lives in Chester, Cheshire.

Several artists are/have been beavering away producing illustrations for the various books (B – F to date) of the project, mainly for trialling purposes. These include Mary Ryan, Stephen Samson, Jim Fleming and John Clarke from Merseyside, John Nicholls from Lincolnshire and Faye Panchal from Cambridgeshire.

Various intercessors from more than one country are praying.

Nigel Steele, the former Head Teacher of The School of the Lion, who lives in Gloucestershire with his wife, Helen, has been a faithful support and a particular help with the promotion of the project through website development, internet marketing and social media. Nigel’s son, Tim, set-up the first Diamond Books website in 2004. Helen is helping with the development of the artwork.

Andrew Perry lives in Merseyside, is married to Shirley with 2 grown up daughters and gives the IT support.

Teachers from several schools have helped with trialling dummy books, practical support and finances from time to time. These schools include, The Christian Fellowship School, Liverpool (Merseyside), Immanuel School in Romford, (Essex) The Bradford Christian School (Yorkshire), The Holy Spirit Catholic Church of England Primary School at Leasowe and St Andrew’s Church of England Primary School in Bebington – both on the Wirral ( Merseyside), and The Cedar School in Rochester (Kent).

Link to: About Diamond Books 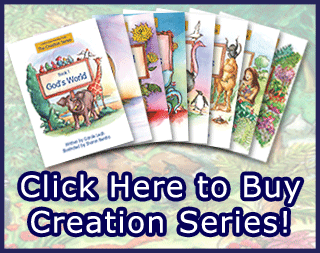