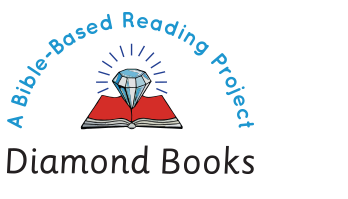 The eighth book in the Creation Series is called “A Beautiful Garden”. Here, children are introduced to the Garden of Eden, and Adam and Eve, as described in the Genesis account of Creation. What the garden was like, and what happened there, is described in very simple language. The book is beautifully illustrated throughout with full colour illustrations by Sharon Rentta.

The story is told from God planting the Garden of Eden, and placing Adam and Eve to live there and care for the Garden, through to the consequences of Adam and Eve eating the forbidden fruit and having to leave the garden. The book ends with readers being shown the happiness of Todd, Joy, and Daniel after hearing that Father God sent His son, Jesus, into the world to put things right again.

This eighth book, as with the whole series, has been written from a Christian viewpoint. It is intended to be read to 3-4 year olds. The Creation series prepares children to read and extend their vocabulary. In this book children can develop and practise preparatory skills for reading as well as see the wonder of God’s order in creation.